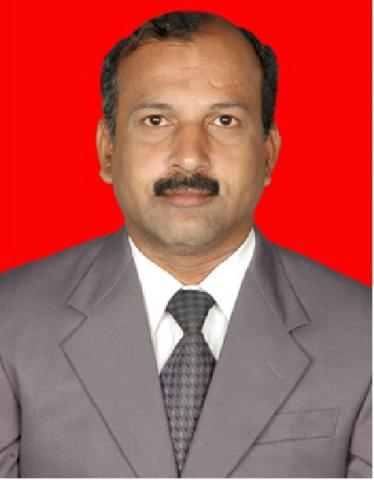 Dr. E.Logashanmugam graduated from Madurai Kamaraj University in 1991 with Electronics and Communication Engineering as his major and subsequently acquired his Post Graduation in the same field   from Madras Institute of Technology; Anna University .He had done his research in Video Signal Processing domain and received his Doctoral Degree from Sathyabama University. Having great aptitude and passion for teaching, he started his humble beginning and career at Sathyabama in 1995 as a Lecturer and has been growing professionally along with the Institution over these twenty-five years in various Academic and Administration Capacities such as Professor, Faculty Head, Dean and Administration Director. As a Dynamic Researcher, Academician and scholar, Dr.E.Logashanmugam is deeply associated with many Research Organisations such as IGCAR, BRFST, and BRNS etc. He plays an imperative and pivotal role as Principle Investigator and as such attracted a number of research projects from many scientific funding agencies of Government of India to this forerunning premier Institution and to his credit also. He had been the nodal officer in developing a Centre for Advance Electronic Testing in association with QMax Technologies, Chennai and trained more than four hundred students belonging to circuit branches which turned out to  be instrumental for their Placements.

In recognition of his merits and achievements Dr.E.Logashanmugam has been honoured and conferred with various awards and rewards such as Best Faculty Award from SATHYABAMA and Best Mentor award from Cognizant Technology Solutions. He has chaired many number of technical sessions in Conferences and successfully conducted a large number of short-term courses for students, Faculty Development Programs in Embedded Systems, Speech, Signal and Image Processing. He has contributed a lot in the fields of Video signal Processing, Image Processing, Intelligent Computing, Magnetic Bearing and control, Smart Antenna, DMD based Single Pixel camera coupled with more than 110 publications in reputed research journals and presentations in Conference Proceedings. Dr.E.Logashanmugam is a Life Member of various professional Chapters. He has a solid track record of mentoring more than 100 Graduate students over the Years. He has produced six Doctorates and at present supervising five Ph.D scholars. The Students mentored by him are now well placed in various reputed National and International organisations and research Institutions. He is currently working on the editorial boards appointed for reviewing peer journals in the field of Embedded System, Image Processing and Micro Electronic devices.

Protected by Copyscape Web Plagiarism Finder and maintained by Projectteam.