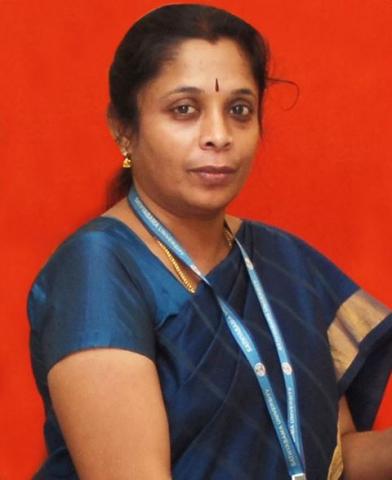 Dr.B.Sheela Rani was born on November 21, 1966 in Chennai. With a passion towards teaching, she started her career in 1989 as a lecturer and has been with the Institution for over twenty-seven years in various academic and leadership positions as Professor, Faculty Head and as Dean (Research). With a strong technical expertise, she acquired M.S (By Research) and Ph.D degree from Anna University, College of Engineering Chennai, in 2001. By virtue of working for a considerable number of years in the academic and research arena, she reached the position of the Vice-Chancellor of Sathyabama University and assumed office in April 2011.After the successful completion of the term period as Vice- Chancellor, by 2017, assumed the post of Director(Research).

She has contributed to the areas of Image Processing, Evolutionary Computing and Machine Learning with more than 190 publications in refereed research journals and authored special chapters on Soft computing  in Springer book series. As an active researcher, Dr.B.Sheela Rani is associated with many Research Organisations . She plays avital role as Research Coordinator of Sathyabama University. She attracted a number of research projectsfrom many scientific Research organizations and Ministries. She serves as a Principal Investigator for over 22 sponsored research projects worth 300 Lakhs. She is research coordinator for Major Projects funded by Technology Business Incubator, NSTEDB, DST, Ministry of Steel, Earth Science Technology Cell, Ministry of Earth Sciences worth 10 Crores

She is the Mission Mangement In-charge of the Sathyabamasat - a micro experimental satellite developed by students and faculty of Sathyabama University to collect data on greenhouse gases. It was launched along with the Cartosat-2C satellite PSLV-C34. Elated when met Prime Minister Narendra Modi  who appreciated the efforts of the team in building a satellite to collect data on greenhouse gases and made specific mention in his monthly ‘Mann Ki Baat’.

As a Coordinator of University’s Major Project, involved in creation of enterprises on knowledge based innovation with focus on engineering and technology development in Technology Business Incubator and in promotion of research and development of human resources required for socio- economic benefit of society in Earth Science Technology Cell., Ministry of Earth Sciences. She has 4 patents to her credits.

She guides 16 doctoral candidates of which 11 of them have successfully completed and received their degrees.She delivers invited talks in reputed R&D institutions, chaired technical sessions in Conferences and conducted a large number of short-term courses in Image Processing as part of continuing Education programme for the benefit of working Engineers, Scientists and Teachers. Prof. B.Sheela Rani is a Life Member of various Professional bodies and associated herself in administrative activities. She is Member Secretary of Indiansociety of Remote Sensing, Chennai Chapter.

In addition, to the good teacher awards that she has received, she was a recipient of the S&T Award of University for her Contribution to Research and for her association in projects. She is also conferred upon the award of Distinguished Scientist by Centre for Advanced Research and Design ,Venus International Foundation, for the year 2017. She had been to Delft University, Netherlands, Switz Federal Inst. of Tech., Switzerland, NUS and NTU Singapore  for fostering academic and research Collaborations.